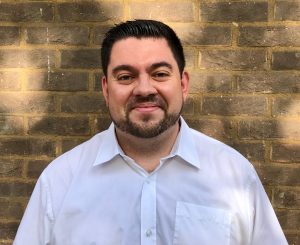 I’m a Freelance Writer and Children’s Picture Book Author, and I’m passionate about raising awareness of our climate and environmental crises through my writing.

My debut children’s picture book Hedgey-A and the Honey Bees is due for release in 2020.

I achieved a First Class BSc in Climate Change (Hons) from Coventry University, which was one of the first and only universities in Europe to offer this undergraduate programme. I then spent four years working in the energy efficiency and offshore wind industry in the UK, but realised there was more I could and should be doing.

I went on to gain a Distinction in an MA in Creative Writing (via Distance Learning) from Teesside University. In 2018, I was named as an Environmental Changemaker, following on from the UN Young Champions of the Earth competition, where I proposed using creative writing as a means of science communication to engage more people about the climate crisis.

As Yuval Noah Harari writes in 21 Lessons for the 21st Century, “Humans think in stories rather than in facts, numbers or equations, and the simpler the story, the better.”

Non-fiction engages the analytical part of our brain, but fiction allows us to live vicariously and engages us on an emotional level, which is essential for behavioural change. I believe that now we’re staring down humanity’s greatest challenge in the form of the climate crisis, we need new and innovative ways of doing things, including how we communicate the crisis to bring about action.

The path I’ve followed is by no means an ordinary route, but these are no ordinary times. This will be the defining crisis of our time, and if we fail in our duties, countless future generations will suffer the consequences.

I have enjoyed writing for as long as I can remember. I went to junior school in Zimbabwe and won awards for my prose and poetry from The National Institute of Allied Arts. When I was 16, I had my first letter published by the New Statesman magazine.